We are excited to announce that "Sunken Conservation" will begin its television broadcast debut on January 14th at 8:30 on WJCT-TV channel 7.1 and/or Comcast channels 8 & 440. 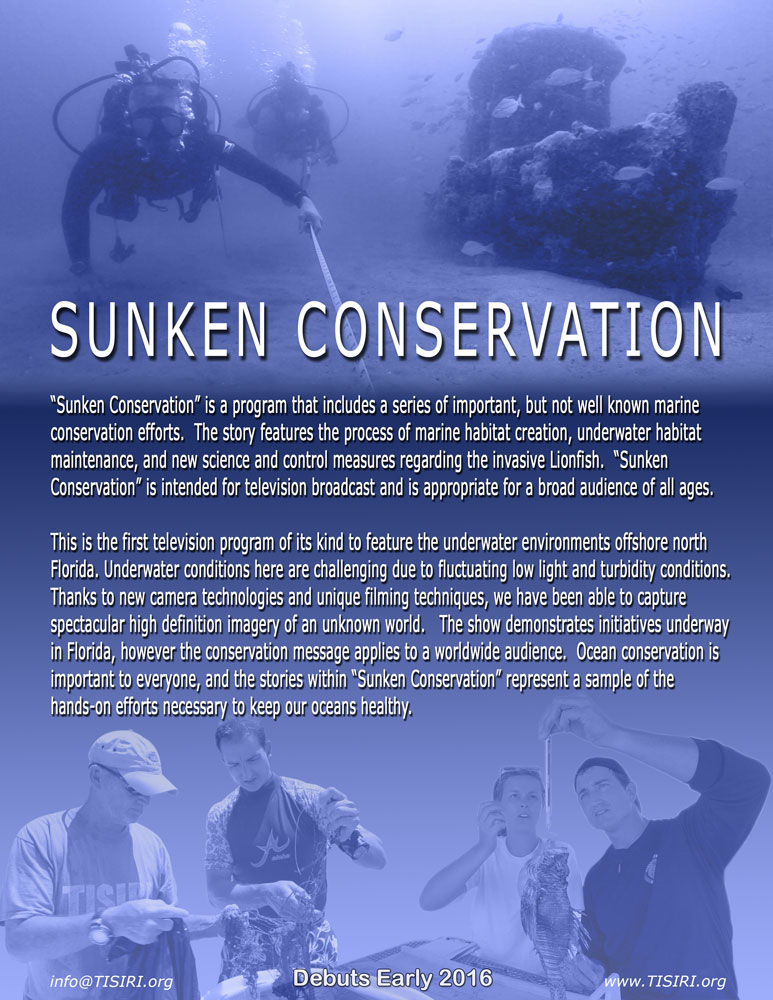 You can also catch TISIRI on the Ch 4 (WJXT) morning show on Tuesday January 12th around 8:45am, and on WJCT Radio 89.9FM on January 14th at 9am to hear more about the program and how it was produced.

We appreciate Guy Harvey's announcement of "Sunken Conservation's" debut! See below which includes additional footage samples from the program.

This may be one of the worst lionfish infestations you will ever see!Cameraman Joe Kistel, diver Alex Fogg, and boat...

Leave a Reply to Mike