The United States Coast Guard deployed several large concrete blocks to create marine habitat at a permitted artificial reef site offshore Mickler's Beach St. Johns County. The blocks deployed were retired navigational aid anchors. They once held large floating buoys in place but had expired their service life. USCG Sector Jacksonville and the Captain and Crew of the Maria Bray placed the blocks in the ocean at the John C. Leone Reef Site ( Reef coordinates below ). A brief video showing the deployment process from the USCG Ship.

The USCG vessel Maria Bray has advanced position holding capabilities and we were able to place these reef blocks very accurately. We wanted to place the blocks as close together as possible without compromising any existing reef structures already below. We had the opportunity to dive the placement site recently and are excited to announce the blocks landed as designed, creating a nice area of vertical relief at the reef site. 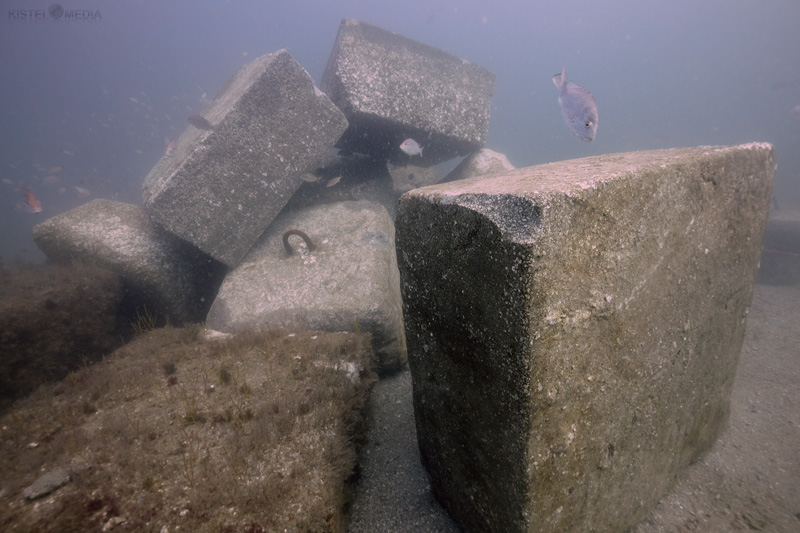 Retired navigational anchor blocks stacked up for an artificial reef. 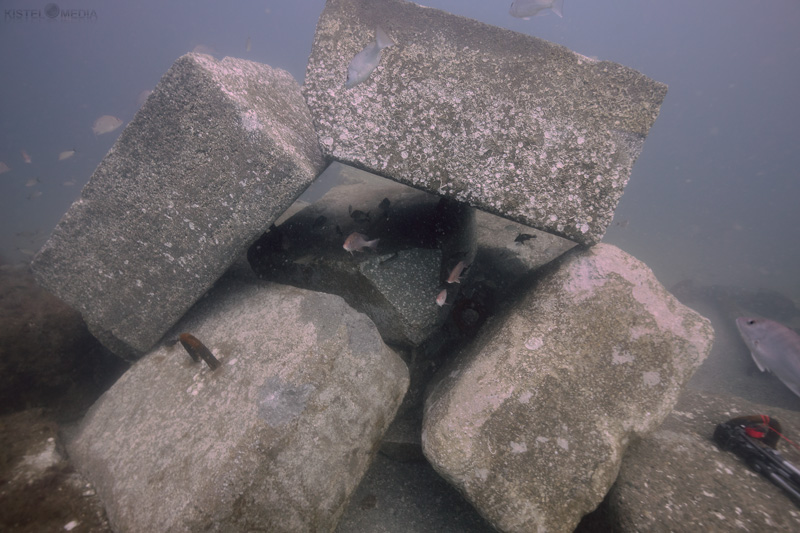 The blocks created many nooks and crannies for marine life to explore.

A giant thanks to the United States Coast Guard Sector Jacksonville, especially the Captain and Crew of the Maria Bray.