While collecting video and photos of the intruder aircraft reef site off the coast of Saint Augustine Florida, TISIRI's Joe Kistel was able to capture this footage and pictures of a very large moon Jellyfish. Even though Jellyfish have stinging nematocysts on their tentacles, used to capture prey (often small fish), these juvenile fish swim within the Jellyfish with noticeably no concern. How do they avoid getting stung and ingested?

It is thought the small fish actually use the shelter of the Jellyfish to avoid other predators. The stinging Jellyfish may deter possible would-be predators of the fish, thus giving the little guys a fighting chance in the an ocean where anything bigger then yourself wants to eat you. The trade off is that the small fish have to avoid the tentacles of the host Jellyfish themselves or have a physiological means to avoid the sting of the nematocysts. 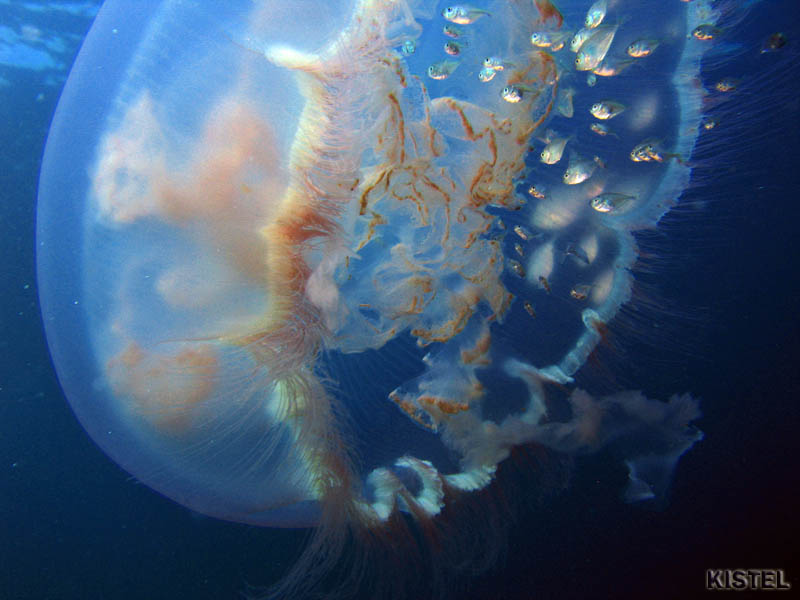