During an investigation of aircraft wreckage offshore St. Augustine Florida, TISIRI cameraman Joe Kistel momentarily leaves a video camera recording unattended. The video camera was recording for approximately three minutes. It wasn't until the footage was later reviewed when it was learned what was happening throughout this time period. See the video below:


Curious Grey triggerfish thought they should try to taste the camera housing. In particular, they were most interested in the lever for a light filter just to the left of the lens. Throughout the video you can hear the lever being chomped on as the fish attack. One particular fish decides to bite the lens directly, yikes!

Fortunately, even after all the affectionate attention from the triggerfish, the housing was only slightly scratched. 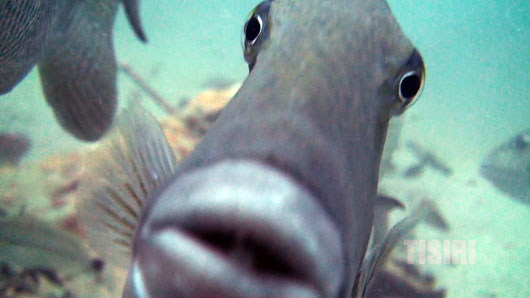